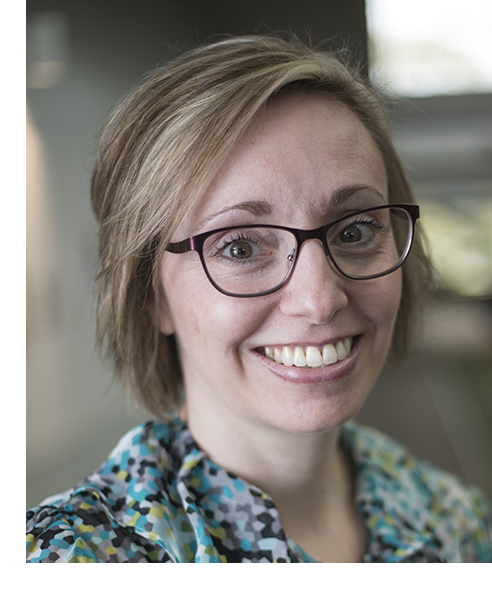 ‌Working on the medical staff of a community hospital means that on any given day, you could be caring for a friend, neighbor, or family member. Bristol Community College graduate Tracy Cooley, a registered nurse in the Southcoast Health hospital system, has had patients who were spouses or grandparents of a co-worker. “We’re caring for someone who is related to someone we work with, so when you say, ‘Treat every patient like you would treat your own family member’ – that is the absolute truth,” Cooley said.

Cooley, who grew up in Dartmouth and currently lives in Somerset, has always wanted to work within her community. As a registered nurse in a surgical unit, she often finds herself working alongside fellow Bristol Community College graduates. “Two other members of my graduating class work in my unit,” she said, and countless others she passes in the hospital corridors are also Bristol alumni. “When I talk to people that are applying to nursing school, Bristol Community College is always their number one choice,” Cooley said. “It’s local, it’s got a good reputation, and it’s affordable.” Outside of the classroom, she and her fellow classmates have formed a network where they share experiences and knowledge.

Cooley is living proof of the adage, “It’s never too late to be who you might have been”. She is working in her dream job following two decades of being on a different path. She graduated Dartmouth High School in 1991, and then studied photography and art in New York City. In her early 20s, she joined the US Army, serving four years in active duty. “I didn’t know what I wanted to do with my life,” Cooley said. From that uncertainty, came a brush with her true calling. While serving in the Army, Cooley worked as a combat medic treating soldiers and their families in Germany. “Joining the Army was completely the opposite of what anyone had ever expected of me,” she said, but her job as a medic combined two things she loved: science, and helping people.  “It ended up being the best decision,” she said. “I loved the medical field.”

After her time in the Army, Cooley’s life took a different turn. She gave birth to her first of two sons, and returning to school to earn a medical degree seemed like a daunting task while raising a young family. So she took some computer courses and worked for a national construction company for many years.

Cooley was hired by Southcoast Health hospitals one month after receiving her nursing license. “I was selective about where I applied because I wanted to be in the hospital that was my first choice,” Cooley said. “It didn’t really take me that long.” Cooley said she and her classmates had many job choices immediately after graduating. “Every single one of us from our graduating class was employed within a few months,” she said. Her classmates work as school nurses, in hospitals, hospice care, and teach at vocational schools, among other careers. “It’s just amazing, the variety of positions,” Cooley said.

“I am very glad I made the switch,” Cooley said, of changing careers. “It takes its toll on you, if you don’t do what you love.” Cooley said it’s challenging – but rewarding – to be a first-year nurse. “The amount of knowledge I’ve gained in a year is unbelievable. I had no idea I could continue to learn this much, even after school. It’s just never-ending.”

Cooley is on track to receive her bachelor’s in May 2019, and will later pursue her master’s degree in nursing education. “I’d like to be a professor of nursing toward the end of my career,” she said. “Maybe someday I’ll teach nursing at Bristol.”